Plus all the details on her upcoming holiday live virtual concert that the whole family will love!

This story originally appeared in Macaroni KID in 2019. In the time since, Laurie has released a new album, called Let's Go!

Legendary children's musician Laurie Berkner's silly and timeless songs are still part of our family lexicon even though my kids are older now. My husband and I can still sing songs like the lullaby "Moon Moon Moon," and the romping stomping "We Are the Dinosaurs" word for word -- and we often do when the mood strikes (much to our kids' embarrassment).

It's not just our family that loves her music. Laurie's songs average nine million monthly streams, and her top five music videos have more than 32 million views on YouTube. The New York Times called her "the Adele of the preschool crowd."

We spoke with Laurie just as her album, "Waiting for the Elevator," came out in early October 2019.

A former preschool teacher, Laurie lives in New York and is married to Brian Mueller -- formerly a bassist in the Laurie Berkner Band. Their daughter, Lucy, is 15. I chatted with Laurie about her latest album, where she comes up with her song ideas, and how she found success. Some of her comments have been edited for length.

How did you know kid music was what you wanted to do?

I was playing in an all-female cover band and also doing kids' birthday parties. I remember one night in particular, it was a four hour night at a bar, I wasn't feeling well, and it felt like the audience was drunk and disinterested and they were yelling at me to play songs they wanted to hear. Then I had to get up early the next day and play at a kid's birthday party. It was outside on a beautiful lawn, all the families were there, and they were yelling for "Victor Vito" and other songs that I'd written. That's when I realized.

Your songs are so silly and smart and creative. How do you come up with your song ideas?

I admit I do a lot of listening and staring at children under 5. That sounds creepy, but I'm the person on the subway craning to see the little kid I heard halfway down the car. What are they feeling? What are they saying? They remind me what it's like to be a kid. I'm 50, so it's been a long time since I was a kid, but I think that the inner child remains a part of all of us. Kids say things so naturally. They're just natural songwriters and creatives. If you pay attention, they're constantly creating beautiful things. I just translate and manifest that and give them a voice.

Advice for other moms who are searching for the "right" career:

Pay attention to what you do well, and then do more of that. I feel like if you are really interested and passionate about something, then that is where your energy is going to go naturally, and that's where your success will grow. Don't fight it. I thought I'd be a rock star or Broadway star. I didn't think I'd be playing "Victor Vito" at Carnegie Hall. The form my career took was very different than what I imagined. So I guess my advice would be to go ahead and discover and go down that path. You might find that's where you're happiest, even if you always had a different picture in your head.

When I got pregnant, I was broke. Every single show I'd booked had gotten canceled. We had no money. And then we started making videos, and my career took off. You just can't give up. You never know what's coming around the corner.

At the beginning of 2019, I chose a word to represent what I wanted to strive for this year. The word was 'growth.' In that spirit, I wrote the songs on "Waiting For the Elevator" about various forms of growth that are part of a child's development. I hope these songs help elevate simple, everyday experiences to be more special and worthy of celebration, like waiting for the elevator. I've not thought of myself as super educationally oriented when it comes to songwriting, but this album definitely has that component, and it was cool to do that.

Want to hear the whole album? 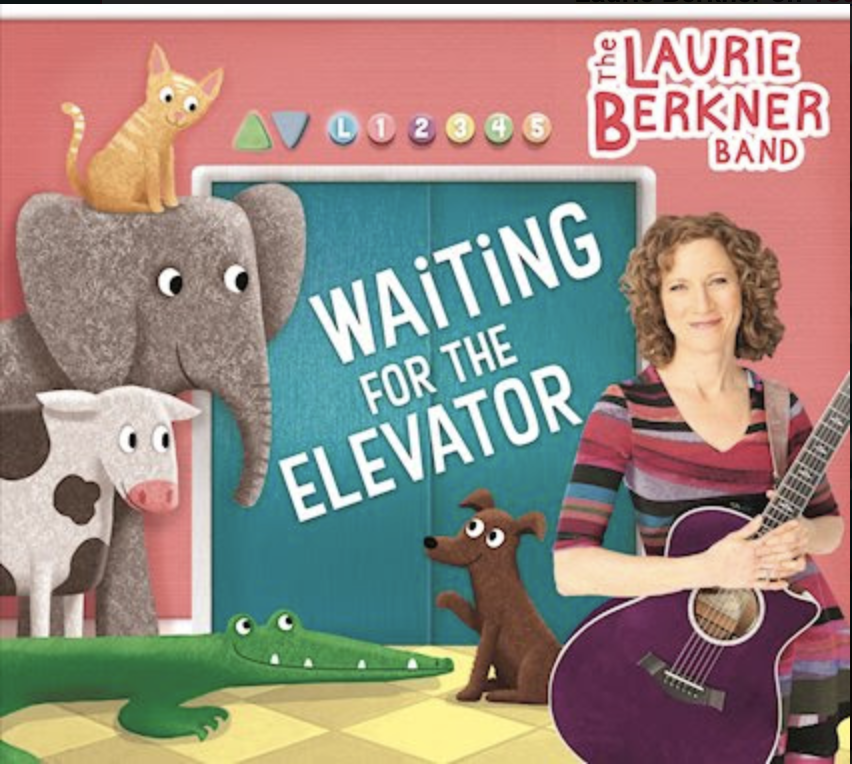 Is there a Macaroni KID in your town?

Sign up today to receive your FREE local kid-friendly events calendar each week!